Skip to main content
It looks like you're using Internet Explorer 11 or older. This website works best with modern browsers such as the latest versions of Chrome, Firefox, Safari, and Edge. If you continue with this browser, you may see unexpected results.

**UPDATE, Monday, May 17: The conference was recorded and can be seen on Baqee TV. **

I thought you might be interested in this. I am going to be on a panel, Saturday, May 15th at 3 pm (Mountain) for a live conference regarding Islamic Heritage Preservation and Rebuilding of Jannat-ul-Baqee. 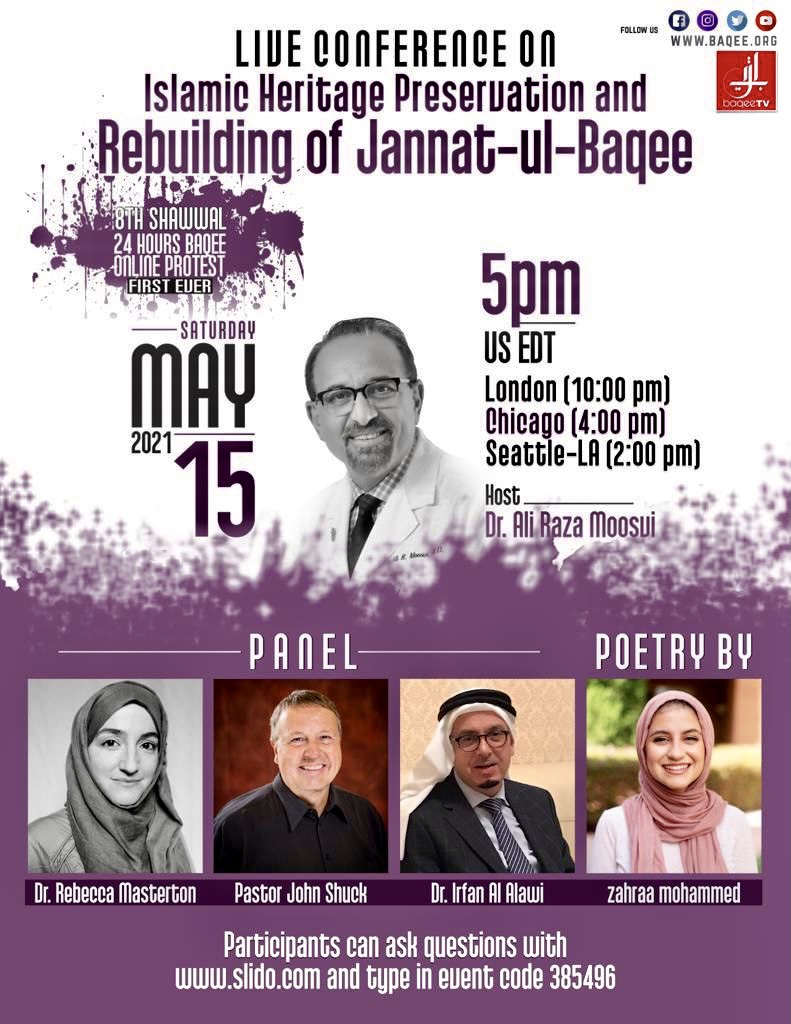 Baqee is the cemetery where many members of Prophet Muhammad's family are buried in Medina. It was destroyed by the Saudis in 1925. Not only this shrine but many others have been destroyed by Wahhabists and other extremists. I had the rare opportunity to visit the shrine of Hussain ibn Ali, the grandson of the Prophet Muhammad in Karbala, Iraq in 2018 during Arbaeen. It is the largest annual peaceful gathering in the world. In a two-week period, 20 million or more people visit his shrine to commemorate his martyrdom. These shrines and others are often under attack by extremists. I also visited Samarrah near Baghdad, where ISIS (daesh) destroyed one of the holy shrines of one of the Prophet's successors. While I was there, it was being rebuilt.

My friend and I made a YouTube film about our 50 mile walk from Najaf to Karbala in the annual commemoration of Hussain's martyrdom. It is called For Love of Hussain. This is the photo of the shrines of Imam Hussain and his brother Abbas in Karbala, Iraq that hangs in my office. 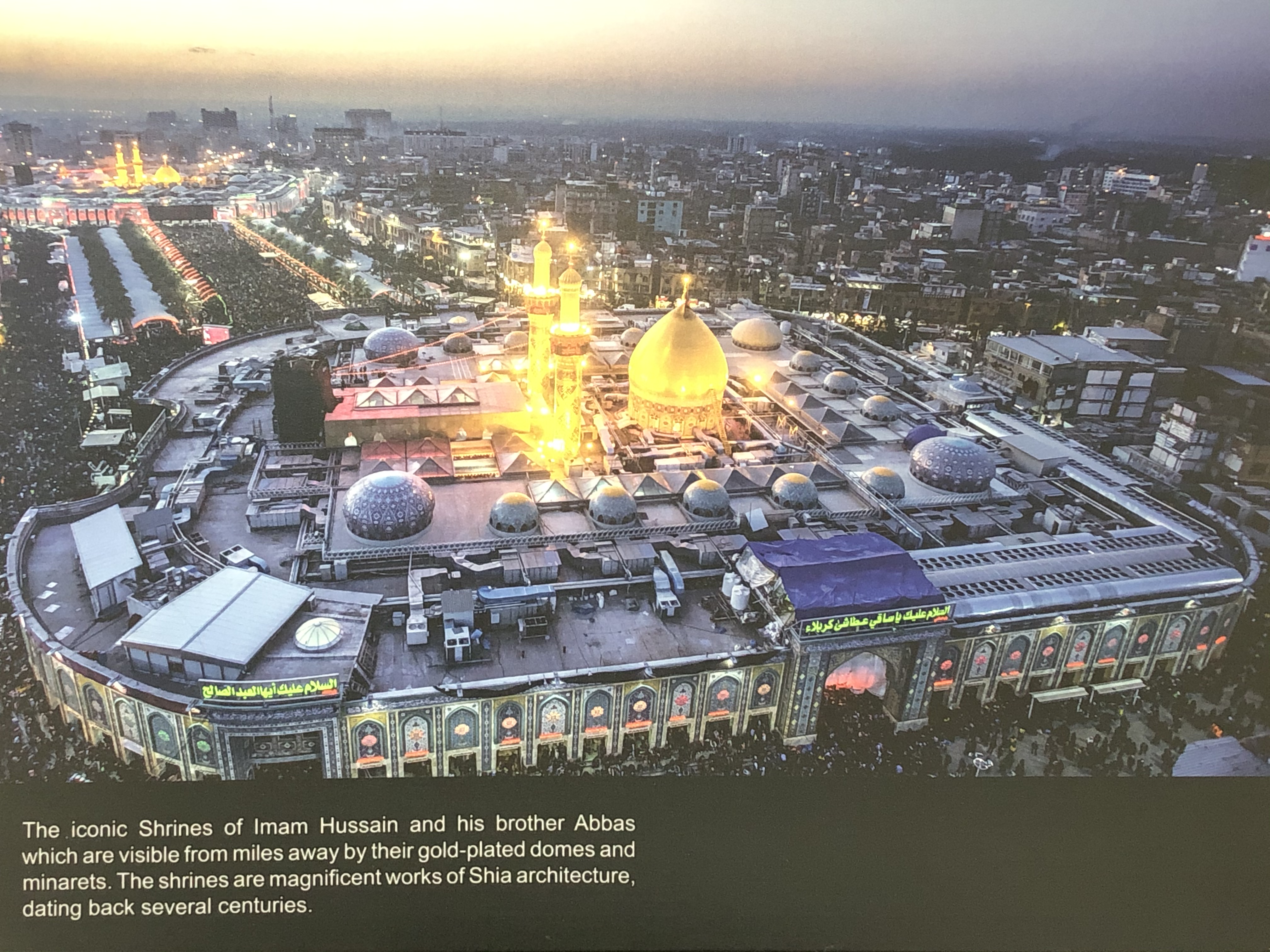 Shrines, cemeteries, schools, holy sites, museums, archives, and libraries do not fare well in times of conflict, violence, and widespread ignorance and intolerance. We need to learn together, work to overcome differences, and to resist the forces that wish to divide us. I made a deep connection with my Muslim neighbors because of this journey. Even more so, I felt a deeper connection with humanity. I believe it is important to defend all burial grounds, holy places, and cultural heritage sites and resist their destruction. As we do for others, so we do for ourselves.

We all know how this ends. Lessons about life and living from working with death and dying--New Addition!
God Exists But Gawd Does Not: From Evil to New Atheism to Fine Tuning (New Title!)
Library Update
Bride of the Buddha: A Novel (New Title!)
Light In the Darkness: Black Holes, the Universe, and Us (New Title!)
Islamic Heritage Preservation and Rebuilding of Jannat-ul-Baqee
Summer School Starts June 1st!
Who Do We Want to Be?
Check Out the New Library Blog!
The Poet Who Didn't Know It
Scholarship Application Assistance Today at 5:30 in the Library
DCC Scholarship Update!
Students! DCC Wants to Give YOU Money! For Reals (Not a Scam!)
Ebook Central! Get access to 200,000 ebooks with a few clicks!
In the Library This Week!
Library Resources Spring 2021
Eyes on the Prize for Black History Month
Orientation Spring 2021

Enter your e-mail address to receive notifications of new posts by e-mail.